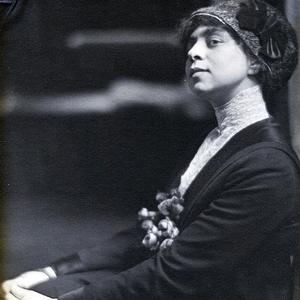 When she retired in 1948 as the first Director for The Morgan Library & Museum, Belle da Costa Greene had established herself as a prominent cultural leader and trailblazer of her time. She had a reputation for being intelligent, outspoken, dynamic, witty, stylish, ‘fabulous’ (according to her New York Times obituary) and scholarly. During her 43 years at The Morgan, she astutely organized and built the library’s world-class collection of rare books and manuscripts, while also developing the library’s program of public exhibitions, lectures, publications and research services that continues until this time. In 1939, she was elected a Fellow of the Medieval Academy of America, an honor reserved for scholars who have made notable contributions to the advancement of Medieval Studies. She was only the second woman to be elected by the academy.

Greene’s career began when she was employed as a librarian specializing in illuminated manuscripts at the Princeton University Library. Junius Spencer Morgan II, a nephew of J. Pierpont Morgan, an Associate Librarian at the library and ardent bibliophile, recommended her to his uncle, who was looking for a personal librarian to manage his collection. JP Morgan hired her in 1905, when she was in her twenties. He was sixty-eight. She was Morgan’s personal librarian for seven years until his death in 1913. In that capacity she was trusted for her expertise as well as her bargaining abilities with

dealers. She handled millions of dollars buying and selling rare manuscripts, books and art for Morgan, who was willing to pay any price for important works. She promised Morgan that she would make his collection “pre-eminent.” In her obituary, the NY Times said she “had the power to spend $40,000 or more for one book—and exercised it...she knew everything about that book before she bought it, could tell you a thousand reasons for its value, could give you its history.”

Belle Greene was unconventional. She drank, smoked, traveled solo, wore designer clothes, had affairs, never married. She was equally comfortable with artists or socialites. “Just because I am a librarian, Greene reportedly quipped, “doesn't mean I have to dress like one.”

In his will, JP Morgan designated Greene to continue in charge of the library, and after his death she continued as private librarian to his son, J.P. Morgan Jr. (Jack). When the Pierpont Morgan Library became a public institution in 1924, she was named its first director.

J.P. Morgan left Greene $50,000 (equivalent to approximately $1.3 million today) in his will. Her inheritance enabled her to buy and combine two apartments into a residence for herself and her mother on 40th Street, a few blocks from the Morgan Library. At the time of her death in 1950, she was living at 535 Park Avenue. Several books and art objects were given to The Morgan Library by her estate.

Da Costa’s father, Richard Greener, a graduate of Harvard, an attorney and dean of Howard University School of Law, married Genevieve Ida Fleet, from Washington DC, but after having six children, they separated in 1897, while Belle was a college student living with her mother and siblings in New York City. After the separation, Belle had virtually no contact with her father. Due to the racially biased time in which she lived, da Costa kept secret that her family was African American. In the 1890/1900 census Belle, her mother and her siblings identified as white and changed their last name to Greene. This would provide Belle with opportunities that she would not have had identifying as Black. Her mother changed her maiden name to Van Vliet, and Belle adopted ‘da Costa’ as a middle name, claiming Portuguese ancestry.

Photo: Magazine cover, The World Magazine, Fifty Thousand Dollars for that Book!” Color-printed illustration by Alexander Popini published on page one of The World Magazine (New York), May 21, 1911.  medievalartus.ace.fordham.edu/exhibits/show/greene-exhibit/item/31

The World Magazine cover, blogs.princeton.edu/rarebooks/2010/08/a-look-at-belle-decosta-greene/ Fifty Thousand Dollars for that Book!” Color-printed illustration by Alexander Popini published on page one of The World Magazine (New York), May 21, 1911.

Belle Greene was 34 when she sat for this chalk portrait by artist Paul Helleu. (Morgan Library and Museum) 263i3m2dw9nnf6zqv39ktpr1-wpengine.netdna-ssl.com/wp-content/uploads/2019/03/Paul_Helleu.png

daily.jstor.org/being-librarian-dangerous
Being a Victorian Librarian Was Oh-So-Dangerous
by Livia Gershon, August 7, 2018

A SMALL PERFUME BOTTLE dyed green and labeled Belle Haleine, Eau De Voilette—“Beautiful Breath, Veil Water”—by iconoclastic artist Marcel Duchamp sold at auction at Christie’s in 2009 for $11,489,968. The title Duchamp gave this enigmatic objet is believed to allude to green-eyed Belle Da Costa Greene, who he worked for as a translator at J.P. Morgan’s library for a short time. 4.bp.blogspot.com/-HIxYAsO7C4I/UaJ1GVtse6I/AAAAAAAAWHY/gsydHLze924/s1600/33.jpg