Participatory Budgeting Results are in for Council Districts 2, 3 and 4 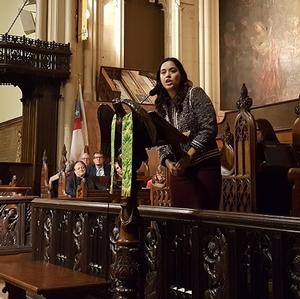 2019 was the first year for Council Members Carlina Rivera, Council District 2, and Keith Powers, Council District 4, to lead Participatory Budgeting for their districts. Participatory budgeting allows members of the community to get involved in decision making about how to spend a part of a public budget. It allows the community to discuss local needs and develop proposals to meet these needs.

For Participatory Budgeting 2019, New York City Council members formed committees of volunteers in their districts to work with Council staff to propose projects to improve their districts. Each Council Member had approximately $1 million for this purpose. In addition to the volunteers, the public was also invited to submit projects. City agencies then estimated the cost of each eligible proposal. The committees of volunteers made the final decisions about which proposals would be put up for a general vote by the residents of the district. Voting was held online and by paper ballot. The proposals with the most votes got funded. Below are the winning proposals for Council Districts 2, 3 and 4.