Your responses to the survey help us prioritize our work! 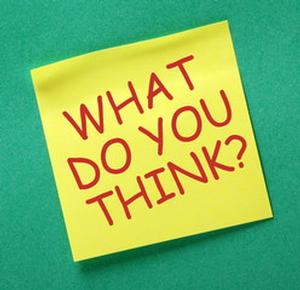 During the summer, The Murray Hill Neighborhood circulated a survey to find out your most important issues in Murray Hill and also to hear how we are doing. 177 people responded. We thank everyone who responded, as we use your responses to prioritize our work.

The issues that you consider the most important are traffic, noise, construction, loss of affordable housing and businesses and loss of our historic buildings. In addition your comments indicated that neighborhood cleanliness, the homeless and panhandlers, and the need for more trees and green spaces are important.

There were 60 comments about traffic on topics such as gridlock (“blocking the box”), cars blocking pedestrian crosswalks, blocked bus lanes, dangerous driving by cars and bicycles, illegal parking and traffic police who are not effective at both keeping the cars moving and keeping crosswalks clear for pedestrians.

Some suggestions on how to fix these issues are the need for enforcement of traffic laws and parking rules for cars and bicycles which would probably result in more tickets, congestion pricing, more traffic cops, reduce the number of lanes that are blocked due to construction, better training for traffic cops so that they would be concerned about pedestrians crossing the street as well as keeping cars moving.

Thirty five comments addressed the lack of cleanliness in the neighborhood on topics such as littered streets, sidewalks and, tree beds, overflowing garbage cans, dog owners that don’t curb their dogs or pick up after them, litter being spilled and not picked up when garbage is collected and unpleasant odors (including the smell of pot). The problem is worse at vacant buildings or storefronts.

Most people suggested that building owners and businesses should be more responsible for sweeping the sidewalks in front of their buildings, garbage collection should include cleaning up if anything is spilled, there should be more pickups for litter baskets on street corners and dog owners should be more aware of the “curb your dog” concept.

Suggestions on how to make it better are enforcement of noise and honking ordinances, limits on the hours of construction (no early hours), and more responsible use of sirens by FDNY and NYPD.

There were 25 comments about the increasing number of homeless people and panhandlers who congregate in the streets, sit and sleep on the sidewalks and at crosswalks, leave trash, and urinate and defecate in public places, especially around unoccupied buildings.

Many people feel that there is too much construction causing noise, dust, dirt and loss of traffic lanes. They would like it to be limited.

Related issues are the impact of zoning and development, which was noted in 24 comments concerning overly tall buildings, density, overcrowding and stress on infrastructure. Many people would like Murray Hill to have height limits and to remain low-rise.

There were 13 comments about trees and green spaces, and how Murray Hill needs more of them.

Empty storefronts and loss of supermarkets and shopping areas

Ten comments noted the empty storefronts and loss of supermarkets and shopping areas. Suggestions included zoning for small frontage and expansion upstairs or down, vacancy tax on commercial real estate, and elimination of tax breaks for empty spaces.

Streets and sidewalks were the subject of 8 comments. Several people noted that the condition of the curb cuts, crosswalks and sidewalks is dangerous in some places. Repairs are needed and there is ponding at some corners.

There were 5 comments about the loss of affordable housing, specifically problems with the DHCR, including its lack of enforcement for landlords who are aggressively trying to raise rents.

5 people stated that public safety is an issue. One person suggested that more police are needed on 3rd Avenue between 33rd and 32nd Street.

5 people commented on the unreliable bus service, the need to have more buses, and that the subway station at 33rd Street and Park Avenue (6 line) needs to be made handicap accessible.

There were additional comments about the loss of neighborhood character, including too many parades and fairs (sometimes on the same day), loss of free parking in the evenings and on Saturday, the need for the preservation of Murray Hill’s historic buildings, delivery trucks unloading and taking up excessive sidewalk space, Post Office trucks parking on neighborhood streets at night and on weekends, scaffolding that never comes down, illegal hotels (Airbnb) that have tenants that party till late at night, rodents, glaring lights at night on buildings and the presence of food carts in places that don’t seem to need them.

Some suggestions that were made to address these issues are the removal of old phone booths and fire hydrants, having street numbers on all buildings, and the removal of the Citibike stand on 35th Street at 3rd Avenue.

Five longtime residents of Murray Hill say that they love the neighborhood, want to keep it classy, and wouldn’t live anywhere else.

There should be street numbers on all buildings. Murray Hill should have a dog park.

We also wanted to find out how you like our programs and what we can do to improve them. Only a very small percentage of the responses indicated dissatisfaction with MHNA programs, although for some programs a large number of people indicated a lack of interest or no opinion.

Nine comments were about the street festival indicating that the festival should reflect Murray Hill more, have more entertainment, not always have the music in front of 10 Park Avenue, and it should be classier. Some people preferred it to be somewhere other than on Park Avenue, and also preferred it when it was more like a block party on a side street.

Seven people asked for more events to socialize with neighbors and develop a community spirit. Two people want more meetings to discuss issues. There was a request for more affordable events. One comment was enthusiastic about the involvement of people from the Men’s Shelter on 30th Street in the Spring mulching and street festival events.

75% like the Murray Hill Malls on Park Avenue while 11% think they can be improved.
Two people said they didn’t know about the Park Avenue Malls. One person didn’t like the changes to the Malls.

73% of the respondents like the MHNA’s advocacy while 19% think it could be better. 49% would like to have more opportunities to express their opinions about neighborhood issues.

25 comments were complimentary about the Association and the MHNA programs (walking tours, discount program, quality of life, advocacy...)

The MHNA should coordinate its efforts regarding loss of neighborhood businesses and loss of affordable housing with other groups that are doing this.

The MHNA should collaborate with the Kips Bay Neighborhood Association and the Alliance for Kips Bay.

The MHNA should do more outreach and try to get more people on the email list.

The MHNA should focus more on the area along 1st Avenue and near NYU Langone.

Suggestions were made to have a page on the website devoted to advocacy and petitions and one for preservation actions, as well as the addition of a blog.

Thank you for responding to our survey!