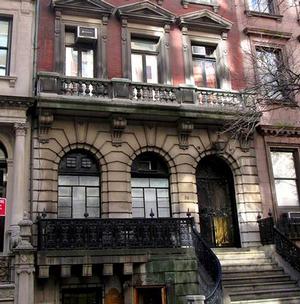 Thanks to the creation of the Landmark Preservation Commission in 1965, thousands of buildings in New York City have been granted landmark or historic district status, saving them from demolition. The Murray Hill Neighborhood Association’s Preservation & Design Committee is committed to preserving and protecting the historic residential character of our neighborhood, and takes great pride in its work.

The preservation of Murray Hill started with the Murray descendants and the Murray Hill Restriction that began in 1847 – a covenant written into property deeds which required owners to build their dwellings of brick or stone and specifically banned commercial establishments. In the late 1800’s when J.P. Morgan lived at 36th Street and Madison Avenue, he would send his attorney out to check on new buildings to make sure that they complied with the Restriction. Preservation continued with the active Murray Hill Association up until the founding in 1960 of the Murray Hill Committee, now named The Murray Hill Neighborhood Association.

For years, the P & D Committee has taken a vital role in the preservation and protection of our historic neighborhood. After years of effort, The Murray Hill Historic District was designated in 2002, and a year later the district and a few contiguous buildings were listed on the National Historic Register of Historic Places. The P & D Committee worked hard to have 151 additional buildings added to that list in 2013. The core residential area of Murray Hill includes a Murray Hill Historic District of 88 buildings, 14 individual landmarked buildings and 239 buildings listed on the National Register of Historic Places.

Throughout the years, beginning in 1993, P & D has given architectural awards to buildings in the neighborhood in recognition of their outstanding exterior restoration, reconstruction or additions that are in keeping with the original character of the building and the streetscape.

Educating the public has always been a priority, and the P & D Committee sponsors educational talks by noted authors, preservationists and historians regarding buildings in Murray Hill and the famous and infamous residents who lived in them. The committee gives frequent walking tours of the neighborhood, and in October 2017 gave a one-time only walking tour of all the designated landmarks in Murray Hill, ending with a reception in one of the landmarked buildings. House tours that show the interiors of private townhouses and clubs and docent led tours of the New York Public Library have also been popular and informative events.

The Preservation & Design Committee continues its efforts to preserve and protect the architectural integrity of the neighborhood, and recently submitted a list of 29 buildings as potential landmarks to the Landmark Preservation Commission. We are awaiting the LPC decision on these worthy buildings. Our preservation efforts also include a new involvement in the Cultural Medallion Program which installs descriptive medallions on buildings in the neighborhood where distinguished New Yorkers in the arts, science, politics, business, education and sports once lived or worked.

As you walk around and enjoy the brownstones, stately mansions, stables and historic buildings in our neighborhood, we hope that you appreciate the efforts of the Preservation & Design Committee to safeguard our historical, cultural and architectural heritage.