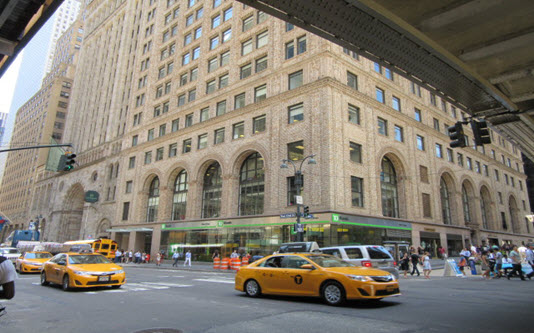 At a public meeting on May 10, 2016 the Landmarks Preservation Commission identified twelve buildings that merit landmark designation and contribute to the rich historical and architectural context of Greater East Midtown. The proposal is part of the NYC Administration’s larger effort to plan for the future of one of New York City’s most dynamic neighborhoods. The designation of all 12 properties would bring to 50 the number of individual landmarks designated in this area, ensuring that the development history of this important neighborhood is preserved. Two of the buildings are adjacent to Murray Hill. The first public hearing about these buildings was held on July 19.

The East Midtown Steering Committee was established by Mayor de Blasio in May 2014 as part of a multi-part strategy to strengthen East Midtown as a world-class 21st-century commercial district. The Steering Committee, co-chaired by Council Member Daniel Garodnick and Manhattan Borough President Gale Brewer, engaged a broad range of stakeholders to identify long-term goals for the neighborhood and to develop a planning framework to address issues such as density, sustainability, and historic preservation. In its final report, the Steering Committee determined that the LPC should begin the process of designating as landmarks as many historic resources as it deems appropriate.

A comprehensive study of Greater East Midtown was undertaken by the LPC covering East 39th to East 57th Streets, from Fifth Avenue to Second Avenue. Individual properties from three key eras in the development of the neighborhood were chosen with the goals of complementing existing landmarks and preserving the neighborhood’s development history. The three eras are Pre-Grand Central Terminal—residential and institutional development through the 1910s; Grand Central/Terminal City—buildings that were spurred by transit improvements, including skyscraper office buildings and hotels; and Post Grand Central—buildings constructed after 1933, including towers representing the International Style of architecture from the 1950s.