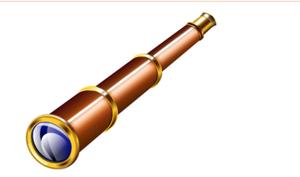 This scavenger hunt has been designed for individuals and families to get outside and learn about the history of Murray Hill! The hunt will take you from 33rd Street to 38th Street and from Third Avenue to Madison Avenue. There are 22 items to be found in this hunt and you now have until September 27 to complete it. We encourage you to hunt at your own pace!

Because our guided tours are on hold, we have put together a scavenger hunt starting on July 4th and continuing through Sunday, September 27, which will guide you through the neighborhood in search of various historic items, 22 in all. The hunt will take you from 33rd Street to 38th Street and from Third Avenue to Madison Avenue, and as you explore Murray Hill's historic streets and buildings, you will be asked to document with a photo the various spots along the way.

First prize: one-night stay at the Shelburne Hotel & Suites by Affinia.
Second prize:  $50 gift certificate to a local restaurant of your choosing.

All participants will receive a MHNA t-shirt, while supplies last.

Winners will be announced at the MHNA Annual Meeting
on Thursday, October 1.

TAP HERE FOR A PDF OF THE SCAVENGER HUNT

TAP HERE FOR A WEBLINK TO THE SCAVENGER HUNT

Legend has it that Mary Lindley Murray, the neighborhood matriarch, loved the July 4th holiday, as she is said to have played a significant role in the American Revolution. After the American defeat at the Battle of Brooklyn in September 1776, and General Putnam and his troops were in retreat, Mary Murray and her two daughters entertained the British General Howe and his officers by serving them tea (perhaps laced with rum?) at her Belmont home in what is now Murray Hill. This tactical and coordinated diversion gave the American General Putman just enough time to escape, and to regroup under General Washington to fight another day!