Traditional architecture for the modern world

Fairfax & Sammons is an internationally recognized firm of classical architects specializing in residential architectural design and urban design. They are committed to the tradition of architecture and firmly believe that classicism in the domestic realm, be it expressed informally or formally, offers creative solutions both timeless and beautiful.

They are sought after by clients who share their goal in designing buildings that look and feel as if they have always been there. They are knowledgeable historians to the extent that they respect and know history without being slaves to it.

The Place is important...The climate, the history, the building materials, the precedents of building culture... all compose the building blocks which inform the design process. They do not build monuments to their own idiosyncratic vision.

The firm is headed by principal architects Anne Fairfax and Richard Sammons, who, along with their team of talented Project Managers and staff, oversee aspects in every project, providing the full scope of architectural services, including design, construction drawings and on-site construction administration.

They draw on individual strengths to provide a stimulating, creative and professional environment where their clients' needs will be met with the highest standards. The firm is committed to an architecture of tradition and innovation that offers solutions to contemporary issues.

Partners in business as well as in marriage, Anne Fairfax and Richard Sammons are the founding partners of the firm, which today comprises fifteen members. They are both members of the INTBAU College of Traditional Practitioners (ICTP), an international professional body for practitioners in traditional architecture, under the auspices of his Royal Highness, the Prince of Wales.

They are the recipients of numerous awards and their work has been featured in publications such as The New York Times, Country Life, Architectural Digest, Southern Accents, Old House Journal, Period Homes, Traditional Building and New Old House. Their monograph, American Houses: The Architecture of Fairfax & Sammons, is published by Rizzoli International.

Anne Fairfax has designed many new buildings in traditional styles and restored numerous historic houses in diverse locations such as New York, Barbados, Virginia and Honolulu, the city where she spent her childhood and maintained an architectural practice before moving to New York in 1991.

Anne Fairfax, AIA, RIBA is a founding director of both the Palm Beach office of Fairfax, Sammons & Partners LLC, and the New York office of Fairfax & Sammons Architects Inc. PC. Currently residing in Palm Beach, she serves as a commissioner of the Landmarks Preservation Commission of the Town of Palm Beach.

Richard Sammons has a rich background in traditional period design and is an internationally recognized expert in the field of architectural proportion, having taught at The Prince of Wales’ Institute of Architecture in London, Pratt Institute in New York and The University of Notre Dame in Rome.

His contributions include the foreword of the book "The Theory of Mouldings" by C. Howard Walker and collaboration on the recently published book "Get Your House Right." Richard began his career in Venice, Italy, with the offices of Antonio Foscari and then with David Anthony Easton in New York. He is a founding director of The Institute of Classical Architecture & Classical America, a board member of the Sir John Soane Museum Foundation and the Merchant's House Museum. Richard serves as Design Director of the firm.

2018 Palladio Award for Row of Townhouses in Brooklyn, New York

2018, Stanford White Award/ Renovation for a House in Southport, CT

2017 Stanford White Award for a New House in Greenwich, Connecticut 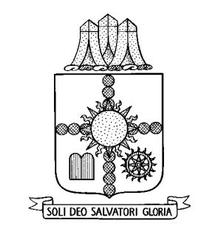 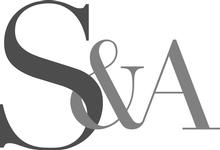