Decriminalizing Pimps and Johns in New York - What's at Stake? 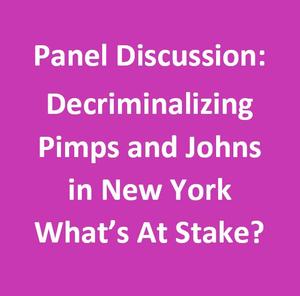 All are invited to attend an important conversation about Bill A.8230/S.6419, which is aimed at full decriminalization of the sex trade in New York State.

Activists both for and against the bill support its provision to decriminalize people bought and sold in prostitution. However, other sections of Bill A.8230/S.6419 are much more controversial.

The bill would permit buying sex and facilitating the sale of sex (pimping), as well as running brothels and sex tourism travel agencies, to become legal activities in New York. It would also impact key anti-human trafficking laws.

A panel of experts and survivors will speak on what this bill means for New Yorkers:

Rev. Dr. Que English, Executive Director of Not On My Watch! and Co-Convener of the New York Alliance Against the Legalization of Prostitution.

Cristian Eduardo, Survivor Leader at Sanctuary for Families and advocate for immigrant and LGBTQ+ rights.

Followed by a response panel of state and city legislators.

Moderated by the Rev. Adrian Dannhauser, Associate Rector at Church of the Incarnation and Chair of the Episcopal Diocese of New York Task Force Against Human Trafficking

This discussion will take place in a house of worship. Audience members will not be permitted to bring in signage or engage in any form of protest or disruptive behavior.

Read the text of the bill at the link below.

FREE and open to the public

Register below and you can also submit questions for the panelists.

Register at the link below.

Church of the Incarnation
209 Madison Avenue
(between 35th & 36th Street) 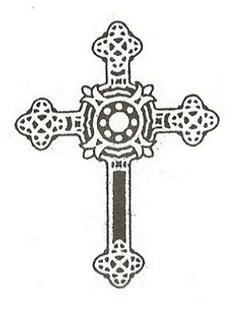